The Transnational Access Selection and Evaluation Panel (TA-SEP) is in charge of reviewing the TA applications and selecting the projects to be funded and the hosting facilities. The TA-SEP is composed by:

Associate Professor, Department of Civil Engineering and Architecture, University of Pavia.
Head of TREESLab at the Foundation Eucentre of Pavia.

Since 1989 Alberto Pavese performs his experimental and numerical research in the fields of the seismic response assessment of r.c. structures, isolation systems and experimental methods applied to seismic engineering. Head of the team in charge of the design and implementation of the experimental facilities at TREESLab, the experimental Laboratories at the Foundation EUCENTRE, which includes the largest European shake table and one of the biggest dynamic simulator for 3D test on antiseismic devices. He is author of more 110 scientific papers. His main scientific interests are focused on the cyclic behaviour of existing r.c. structures, reparation of damaged structures with fibre reinforced materials and construction techniques based on the use of lightly reinforced panels. In the isolation field his interests are focused on antiseismic devices characterization and the implementation of design techniques for isolated structures. Other interests are related to the implementation of innovative experimental techniques for structural and seismic engineering. He has been coordinator of several national and international research projects.

INTEREST AND CURRENT ACTIVITIES:
- Member of the Board of Directors of National Consortium RELUIS “Network of Italian University Laboratories in Seismic Engineering”.
- Head of the experimental laboratory of Materials and Structures at the University of Pavia;
- Head of the research area Experimental Methods and Seismic Isolation at the EUCENTRE Foundation;
- Member of the Scientific Committee of the ROSE School Pavia;
- Member of ACI – American Concrete Institute, Italian Chapter;
- Member of the subcommission for the revision on the Italian Structural Code (Norme Tecniche per le Costruzioni, NTC 2008);
- Member of the Working Group at the Consiglio Superiore dei Lavori Pubblici (Ministry of Infrastructures) for the preparation of the guidelines for the design of structures based on lightly reinforced extended walls;
- Vice President of the subcommission CEN/TC 250/SC 8 Eurocode 8: Earthquake resistance design of structures;
- Head of the operative module ASA-EUCENTRE on support of National and European Civil Protection Agencies for the rapid assessment structures in post-earthquake emergencies;
- Responsible of the courses of “Reinforced Structures” e “Seismic Design of Structures” at the University of Pavia. 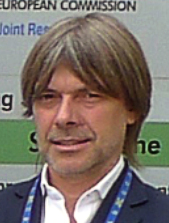 Eduardo Cansado Carvalho developed much of his professional work as a researcher at the LNEC in the field of Seismic Engineering and Concrete Structures. He was the Head of Structural Analysis and Applied Dynamics departement and of the LNEC Seismic Engineering Studies and Equipment Center. He has been a member of the Administrative Council of the "Euro-International Structural Concrete Committee" and is currently a member of the Technical Council of the International Federation of Structural Concrete. He is the author of about one hundred publications and numerous conferences and dissemination courses in Portugal and abroad. He received the Manuel Rocha Research Award in 1982.

INTEREST AND CURRENT ACTIVITIES:
President of CEN / TC250 / SC8 and responsible for Eurocode 8, whose production has contributed significantly over the past 15 years. At the same time he has developed and continues to develop design and consulting activities in the field of Structural Engineering. 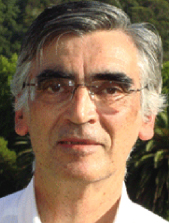 
PhD in Geophysics at the University of California at Berkeley in 1991.

Head of research at the National Institute of Geophysics and Vulcanology in Rome (Italy). 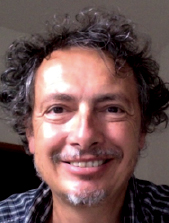 INTEREST AND CURRENT ACTIVITIES:
The main research interest of P. Fajfar is analysis and design of structures for earthquake loads. He is author of three books (in Slovenian) and co-author of two books (in English and Serbian). With H.Krawinkler he organized three international workshops in Bled, Slovenia, and is co-editor of proceedings published by Elsevier (1992), Balkema (1997), and PEER Center (2004). He is author or co-author of more than 250 scientific papers published in journals and conference proceedings. As designer, consultant or reviewer, he has participated in more than 100 design projects, which have mainly dealt with static and dynamic analysis of buildings and civil engineering structures, and the determination of seismic design parameters. 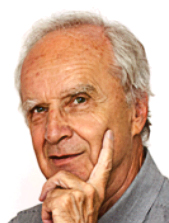 
Laurea in Civil Engineering, Ecole Nationale des Ponts et Chaussées (France) in 1972.
M.Sc degree from the University of California, at Berkeley in 1973.

Until 2015 Alain Pecker was Chairman and Managing Director of Géodynamique et Structure, a French engineering consulting firm in Earthquake Engineering that he founded 35 years ago; upon retiring he became independent consultant.

Autored more than 150 technical papers, been invited as keynote speaker in conferences and received several awards for his work, most notably twice from the French National Academy of Sciences. He has been elected Member of the French National Academy of Technologies in 2000. He is also author of one book on Soil Dynamics and co-author of two books on earthquake engineering.

INTEREST AND CURRENT ACTIVITIES:
His professional interest lies in soil dynamics, liquefaction, wave propagation, soil structure interaction and foundation engineering. He has been consultant to major worldwide civil engineering projects in seismic areas, most notably the Vasco de Gama bridge in Lisbon, the Rion Antirion bridge in Greece, the Athens metro, the Second Severn bridge in UK, the Chiloe bridge in Chile, the Atlantic bridge in Panama and several nuclear power plants in France, South Africa and Iran.