The TAMARIS infrastructure and its main shaking table AZALEE, to which access is offered, belong to CEA’s Seismic Mechanics Study Laboratory (EMSI), who is leading the French SEISM Institute, is part of the Paris Saclay University regrouping about 19 academic partners and research institutes, and has international RTD collaborations with other facilities (EU, Japan, China, USA). The AZALEE shaking table, with 100t allowable model mass, is one of the largest shaking tables in Europe. To date, tests with masses up to 92t have been successfully performed. The shaking table is 6mx6m and 6 Degrees-of-Freedom (DoF), allowing testing specimens under independent excitations of various types: sinusoidal, random, shock and time-history with 0 to 100 Hz frequency ranges. Maximum accelerations of 1g and 2g in the horizontal and vertical directions, respectively, can be applied to specimens with the maximum payload of the table. The peak velocity of the shaking table is 1m/s, peak displacements are 0.125 m and 0.1 m in the horizontal and vertical directions, respectively.

Services currently offered by the infrastructure: The services offered to users that make the infrastructure unique include a team of about 20 expert scientists and technicians working in earthquake engineering RTD projects, a high quality control and acquisition system allowing recording 256 channels, and a scientific computing and processing system (CAST3M) for the definition and execution of tests and subsequent interpretation of results.

The areas of research supported by the infrastructure cover a variety of experimental and analytical RTD national and international projects, both in the nuclear and non-nuclear fields, for equipment, buildings and soil-structure interaction; both new and existing structures are addressed. Assessment and retrofitting of existing buildings and equipment are of special interest for the laboratory.

In the framework of the recent FP7 SERIES project, TAMARIS hosted 3 TA Projects with more than 30 users in total: ENISTAT (Experimental and numerical investigation of torsionally irregular RC shear wall buildings with thermal breakers), BANDIT (Seismic strengthening of deficient RC buildings using ductile post-tensioned metal strips (PTMS)), and BRACED (Assessment of the seismic response of concentrically-braced steel frames). From 2008 to 2014, the TAMARIS infrastructure has also hosted a series of shaking table campaigns and two international numerical benchmarks, on a 3-story ¼-scale RC model representative of a nuclear building and characterized by strong asymmetry.

This was part of the research program SMART (“Seismic design and best- estimate Methods Assessment for Reinforced concrete buildings subjected to Torsion and nonlinear effect”) launched by CEA, EDF and the International Atomic Energy Agency (IAEA). Finally, the TAMARIS facility is involved in the European INDUSE2-SAFETY project launched in 2014, aiming at evaluating component fragility and assessing seismic safety of “special risk” petrochemical plants under design basis and beyond design basis accidents”. 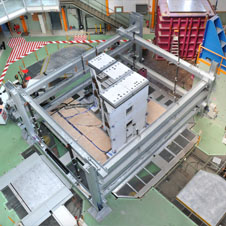 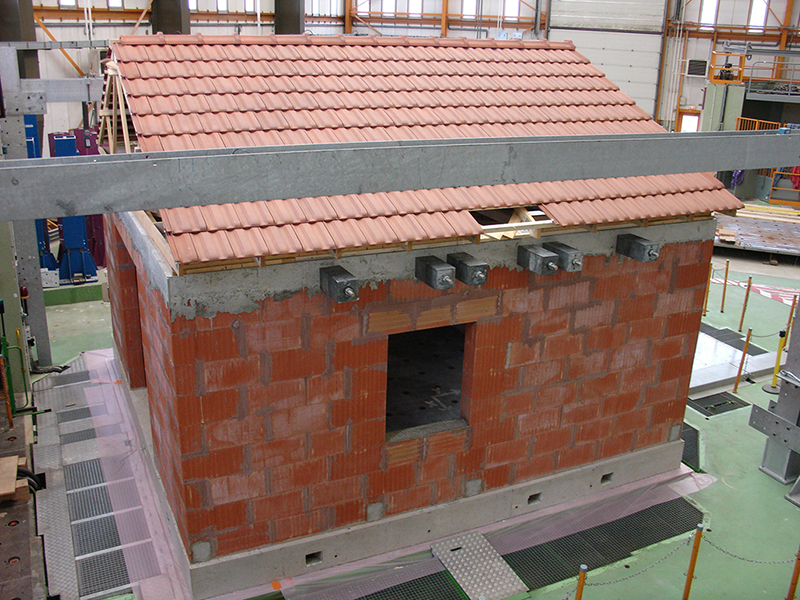 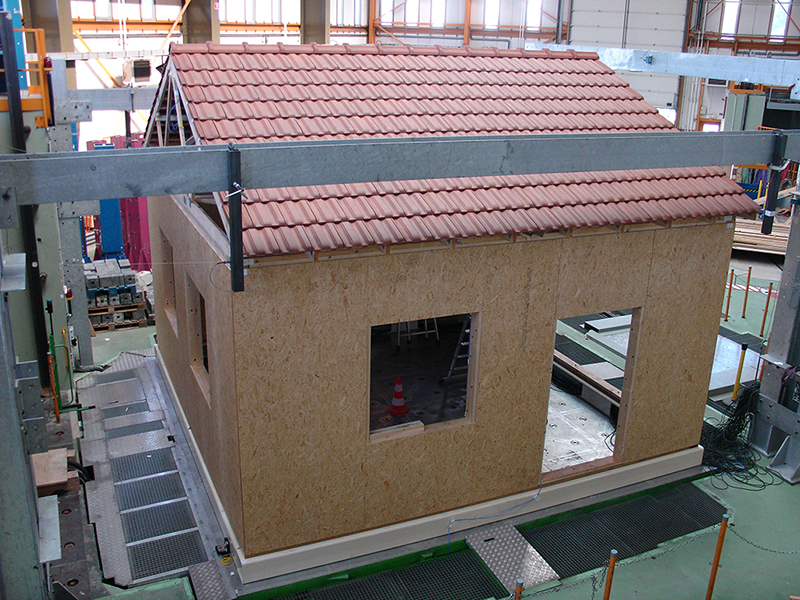