The European Laboratory for Structural Assessment (ELSA) was opened in 1992. It operates a reaction wall facility of unique dimensions and testing capabilities in Europe and worldwide. The ELSA team comprises 35 scientific and technical staff. It has developed and implemented the pseudo- dynamic (PsD) testing method and performed numerous large-scale reference tests. ELSA has become a world renowned reference for experimental research, fostering collaboration across EU laboratories, research centres and industry. ELSA operates a 16 m-tall, 21 m-long reaction wall, with two reaction platforms of total surface 760 m2 that allow testing real-scale specimens on both sides of the wall. The laboratory is equipped with 28 actuators with capacities between 0.2 and 3 MN and strokes between ±0.125 and 1.0 m. The actuators control system is designed in-house to perform tests with the continuous PsD method with substructuring, that permits testing elements of large structures, bidirectional testing of multi-storey buildings, and testing of strain-rate dependent devices.

ELSA has been supporting research related to the structural/seismic safety of structures, including: reference tests on reinforced concrete (RC) buildings with and without infill wall panels; reference and pioneering tests on fullscale bridges, including irregular configurations, isolation and asynchronous input motion using the PsD method with non-linear substructuring; tests on models of parts of monuments for the development of assessment methods and protection techniques; reference tests on concrete-steel composite structures; experimental tests on fibre-reinforced concrete composite structures; reference tests on models representative of existing vulnerable structures for the development of conventional or novel techniques and the calibration of European codes for assessment, strengthening and repair; development of the continuous PsD method, allowing more efficient seismic testing of large-scale specimens; development of base isolation and energy dissipation systems; experiments on active and semi-active control of windor traffic-induced vibrations. Further to the current areas of research, new ones that will be opened to users comprise: performance of elements of buildings using glass as structural material, performance of structures against multiple natural and man-made hazards, multi-functional materials/elements for energy-efficient new and existing (nearly zeroenergy) buildings, pre-normative research in support of the next generation of the Eurocodes, applications of automated construction, innovative sensors for smart infrastructures and cities.

Services currently offered by the infrastructure: The services offered by ELSA are of vital importance for European research in structural and earthquake engineering, enabling scientists to carry out high-quality research through: experimental facilities that are unique in Europe for testing full-scale large structures under seismic or other loads; the competence in computational mechanics to support the design, simulation and interpretation of experiments; the critical mass of its research team, that allows the set-up of co-ordinated research projects; the established collaboration with the main research institutions outside Europe (China, Japan, Korea, Taiwan, USA, etc.) in earthquake engineering; a database containing the experimental data generated by the infrastructure and already used for calibration/adoption of European standards and mitigation of seismic risk for existing ordinary and heritage structures. Users will benefit from the knowledge generated by ELSA, as represented by the most relevant scientific achievements comprising large-scale seismic tests on bridges with asynchronous input motion, buildings under bidirectional seismic action, base-isolated structures, buildings with passive protection devices and components of the ITER Joint Undertaking infrastructure.

The experimental tests that are conducted at ELSA are of such scale and complexity, that no other infrastructure in Europe can match. The uniqueness of the services that ELSA offers makes it a first candidate for European users to apply for access. Since its opening, ELSA developed a tradition of collaboration with research and industrial partners from all over Europe. Users from new Member States have had increased access to ELSA during FP7. Around 100 international users benefit every year from the ELSA infrastructure. This proposal is expected to increase the number of users from other countries. This conclusion is drawn from the experience from the last FP project that offered transnational access to seismic testing facilities, namely the FP7 SERIES project, where ELSA provided a total of 36 access days to 30 users from 16 institutions of 9 European countries. 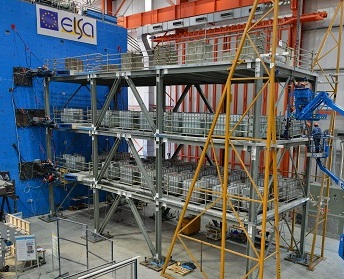 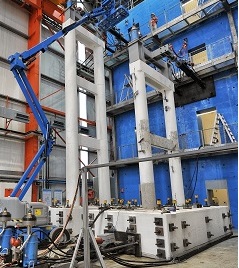 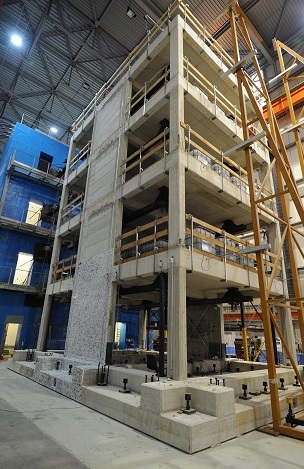