The IZIIS’ Dynamic Testing Laboratory (DYNLAB) is part of the Institute of Earthquake Engineering and Engineering Seismology (IZIIS). IZIIS is one of the oldest institutes in the world of this type since it was established in 1965. In addition to the master studies, Ph.D. studies have also been carried out at the Institute. The Institute has a long tradition in organizing short- and long-term courses. Through the long-term courses, the Institute has trained over 520 candidates from 74 countries worldwide in the field of earthquake engineering and seismology.

Considering basic research, the Institute took part in many national, bilateral, European projects (FP Framework Programme) as well as projects financed by NATO through the SfP Programme. The Institute has a long tradition in experimental in situ forced and ambient vibration testing and experimental laboratory quasi-static and shaking table testing. The first shaking table tests were carried out at IZIIS in the seventies of the last century. The shaking table that is offered to the users in this project represents a five–degrees-of-freedom MTS shaking table. It is presently one of the most advanced shaking tables since it possesses a new state-of-the-art digital control system produced by MTS as the most renowned producer of these simulators. The main characteristics of this sophisticated shaking table are: Size of table: 5.0 x 5.0 m; Weight of table: 30 t; payload: 40 t;5 DOF, two lateral and four vertical actuators; Type of excitation: random, harmonic or computer generated; Frequency range: 0.1-80Hz; Maximum stroke: horizontal ±125 mm and vertical ±50 mm; Maximum acceleration (bare table) horizontal 3.0 g and vertical 1.5g Maximum velocity, horizontal 1.0 m/s, vertical 0.5 m/s.

For the purpose of exact definition of behaviour of specimens, new equipment for data acquisition and measuring as well as sensors are available at DYNLAB. The institute possesses a large number of professional (ARTEMIS, etc.) and tailor made software (using LAB VIEW and MATLAB tools) for data acquisition, signal pre- and post- processing.

Services currently offered by the infrastructure: IZIIS, led by its Director – Prof. Dr. Zoran Rakicevic, has experienced academic teams that work in different departments and are specialized in buildings, engineering structures, geotechnical and seismological investigations. These teams have directly or indirectly participated in testing of segments and models of buildings, bridges, dams and alike as well as prototypes of industrial equipment on the seismic shaking table.

A great number of unique tests have been carried out on the seismic shaking table in cooperation with other institutions and companies from different parts of the world.

Noteworthy is the contribution of IZIIS and participants from other countries to the reduction of the seismic vulnerability of cultural historic monuments. The project involving testing of a Byzantine church on the shaking table (realized jointly with the Paul Getty Institute from LA) as well as the testing of a cathedral model (FP6 project) and a mosque model (FP6 project) have contributed to the improvement of the strengthening techniques for cultural historic monuments.

The German company GERB has been testing its innovations for reduction of vibrations of structures on the IZIIS’ seismic shaking table for 25 years. The Austrian producer of bricks Wienerberger has also been testing the behavior of models constructed of their bricks under the effect of earthquakes. Also, the seismic shaking table has been used for analysis of timber structures (projects carried out for Austrian and Slovenian producers of timber structures) under the effect of earthquakes. A scaled segment of the Beauharnois power house of HydroQuebec has been tested on the shaking simulator, as well. Siemens and other producers of electrical equipment have performed seismic qualification tests on their products on the IZIIS’ seismic shaking table. 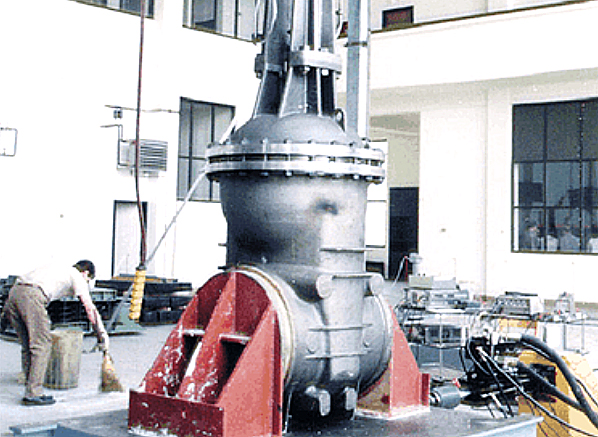 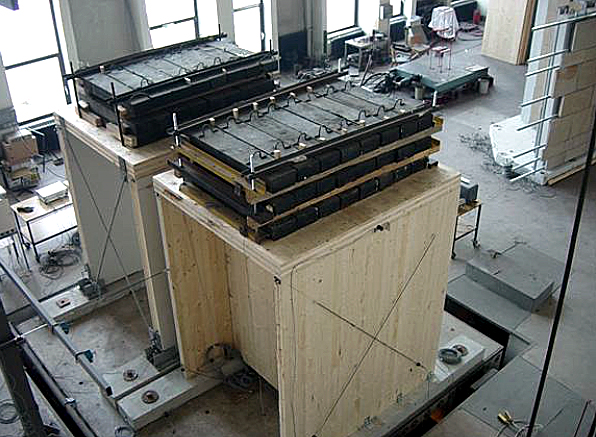