Summary of Project:
Metamaterials inspired solutions for the protection of large-scale structures and infrastructures from earthquakes and other sources of low-frequency noise have been recently conceived.
The most known solution is the so-called Metafoundation, i.e. a foundation endowed with the capability to isolate the superstructure from incoming bulk waves. It can be tailored to attenuate vertical ground motions, for which no efficient protection measures currently exist, but it can hardly be used to retrofit existing structures and infrastructures.
More recently, the idea of a resonant Metabarrier placed within the ground around the structure, or a cluster of structures, to be protected, has been proposed. The metabarrier is purposely designed to reduce the incoming seismic Rayleigh surface waves energy. It has the ability to retrofit and shield existing vulnerable structures and infrastructures including historical buildings and cultural heritage sites. Additionaly, it can be tailored to operate in specific frequencies ranges, for instance at the resonant frequencies of the structure to protect, or to achieve broadband performance, thus giving high flexibility to its use in different applicative contexts.
While the metabarrier concept has been validated numerically and at small-scale laboratory tests, it still misses an on-field validation considering the true characteristics of ground, bearings and structural components.
The objective of this proposal is thus to demonstrate for the first time the effectiveness of the metabarrier at a medium-size scale by ad-hoc (i) designed experiments, (ii) data collection and (iii) data processing. 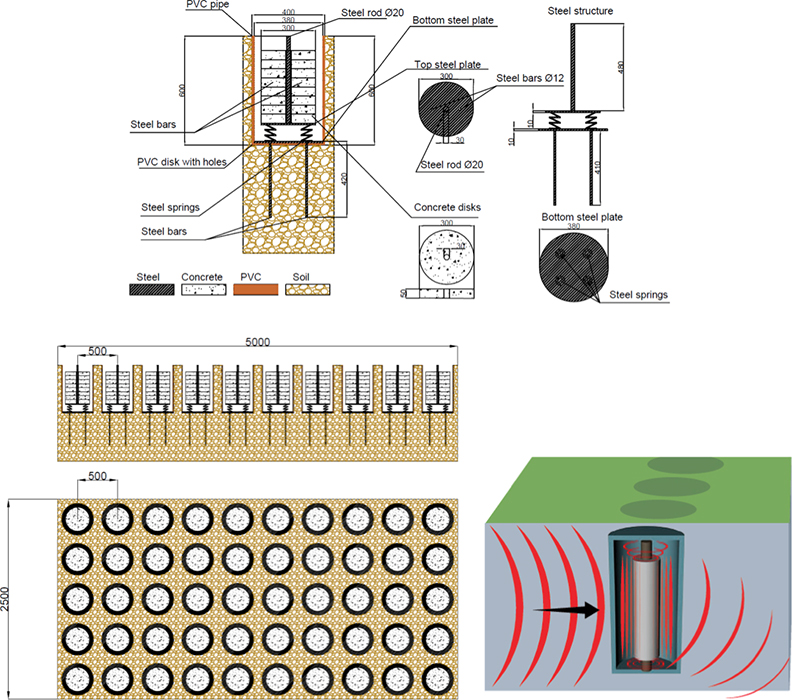